In January 2017, April Ross stepped unto her very first news scene as a digital reporter. She started out her journalism career using a cell phone and Facebook Live. April was a student majoring in communications when she began interning at WJCN. After graduating in 2001, she began working as a production assistant and later as a reporter. She was working as a reporter with CBS affiliate WRBL News-3. While there, she encountered an incident where a deputy sheriff was shot. When she realized there were no reporters to cover the story, she did an exclusive live report in the area on social her media.

A graduate of HBCU Alabama State University, Ross just did what she felt came naturally.

“My news reporter instincts took over and in the absence of any TV news outlets here to report on it, I covered it on Facebook Live, which helped my social media presence to grow in excess of 15,000 followers. This was the catalyst for Bee-TV and ultimately contributed to my purchase of WJCN TV-33.” – Ross told ASU News

It would be some time longer, however,  before she found herself the owner a TV station. But when WJCN came calling, and asked her to fill in for someone on the morning show, a chain of events ensued. There was talk at the station; and the owners were obviously ready to make a move. Being there, Ross had the inside scoop. She consulted with her husband (at home) who advised that she ask the owners if they’d like to sell.  The former owners sold WJCN TV-33 to Ross in May of 2021, for an undisclosed amount and Ross is now the proud owner of her own network. 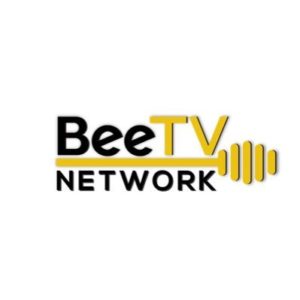 Ross purchased WJCN TV-33 in May of this year. The LaGrange, Georgia-based station is on-the-air through Spectrum, 24 hours a day. It is broadcasted throughout 600,000 households and seen in 11 counties in both West Georgia and East Alabama. The “Bee-TV Network” is the name of Ross’ parent company. Bee-TV currently has over 15,000 Facebook followers and is the basis for her journalistic empire.

“I want to create something in this television market that has never occurred before, and that includes creating and producing great local programming for our community that’s full of home-area content” –  Ross also said to ASU News

Ross says that she credits God for everything she has achieved in life. She also says that she is very thankful for Alabama State University. Her alma mater has greatly contributed to who she is now. She also doesn't forget CBS-3's main anchor Teresa Whitaker. Whitaker was her mentor and always saw the “star quality” in her.