The marijuana business is a multi-billion dollar industry. And it is showing absolutely no signs of slowing down. Already 36 states in the country have approved cannabis for medical use. One of those states is Ohio, which is home to long-time Cleveland construction entrepreneur Ariane Kirkpatrick. Kirkpatrick got her start in 2009 when she was hired to clean the construction office at the Cleveland Museum of Art. At the time, they were in the middle of a huge renovation and expansion project. And that is all it took for her to get her foot in the door. 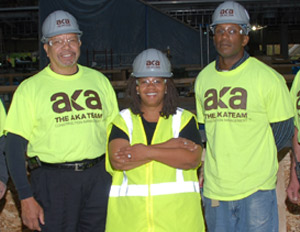 Jeff Hutchison, a project executive with the Gilbane construction company, invited her to sit in on weekly meetings. These meetings involved contractors working on the project and became a goldmine of information. The connections she made during those meetings led to big opportunities. Founder of The AKA Team, she handled all types of contracts and opportunities.

After soaking up all she could from that first project, Kirkpatrick wasted no time moving forward. The AKA Team ended up hiring several workers to help take care of the construction site, as well as a foreman to manage laborers working on the project. The company even helped Cleveland Marble Mosaic Co. restore the museum's marble walls. They now specialize in construction management, commercial cleaning and other related services.

Kirkpatrick may have built her entrepreneurial success through The AKA Team, but it does not stop there. The ambitious Cleveland woman founded Harvest of Ohio. Her ambition with this company is to help others improve their quality of life through medical marijuana. After speaking with her son, who used the plant to cope with anxiety, she felt they could help others reap the same benefits. Kirkpatrick now holds three licenses in the cannabis industry. She has a license to cultivate, dispense, and to sell medical marijuana. This makes her the only Black woman to be “vertically integrated” in the state of Ohio. 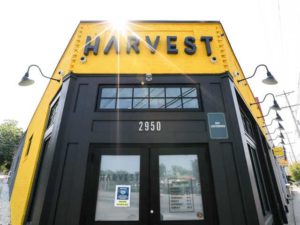 But the journey did not come easily.

“I knew it was going to be a challenge for me because I knew people would try to test me,” Kirkpatrick told Afrotech. “So, I wasn’t shocked with some of the behavior I faced, and continue to face, amongst others in cannabis.” The cannabis industry isn’t always inclusive, but then again… what industry is? Not only for a woman, but a Black woman at that. So now after nearly a year and a half after settling accusations about its ownership, Harvest of Ohio is now open. This comes after paying $500,000 to the state, as part of the settlement that resolved questions officials had about the company’s ownership.

The Ohio Pharmacy Board last June had questioned Harvest of Ohio LLC’s application, which listed Solon resident Ariane Kirkpatrick as a 51% owner. Because Kirkpatrick, who is Black, is a designated member of an “economic disadvantaged group,” the company got preferential status over other applicants in receiving a provisional license. So Harvest responded with a lawsuit asking a Franklin County judge to block the state from publicly releasing details of why the state approval process had been put on hold. And the settlement, released back in March, ends both sides’ cases. The state pharmacy board said it is publicly reprimanding Harvest, finding it violated a state law requiring that listed owners of recipients of licenses set aside for economically disadvantaged groups have true majority ownership, and oversee day-to-day operations of the company.

Under the agreement, Harvest admits no wrongdoing. And, pending state inspections, the company will be free to open its planned locations in Athens, Beavercreek and Columbus. The $500,000 will go to a state database used to track prescription drug purchases for possible abuse. In addition, under the agreement, Kirkpatrick must remain the company’s majority owner for at least 18 months after it opens.

So now that all that is out of the way, Harvest has opened a total of three locations in Ohio. They are located in Athens, Beavercreek, and Columbus. The State of Ohio Board of Pharmacy in Columbus licenses and regulates medical marijuana dispensaries. And as of today, 56 dispensaries have received a certificate of operation across the state. But of course, there are certain limitations that are in place. For example, they have to be 500-feet from certain entities. Certain other types of businesses and certain types of locations. Like churches and schools for example. During the initial rounds of applications for marijuana dispensaries, 15% of the approved licenses were minority-owned. Currently, Sharon Maerten-Moore, Ohio’s director of medical marijuana operations, says that four are Black owned. Three of those belong to Kirkpatrick. The fourth is a Black-owned dispensary is located in Warren, OH.

“While my journey has been hard, it’s been a journey that I’ve just had to make happen, and it almost seems normal to me. I’ve been fighting all of my life, and it’s what my mother taught my sister and me to do. At an early age, we were picketing in support of Black businesses. We were boycotting McDonald’s because they didn’t have a Black franchise. So, I’m doing exactly what I’m supposed to do.” – Ariane Kirkpatrick

She also owns a cultivation site in Ironton. They began growing marijuana crops in June of this year. The company plans to open a processing facility and start selling its own products by November. Harvest has become a family affair with many helping to run and facilitate the operations. Her sister is the chief executive officer, her youngest son is the chief technology officer and her stepdaughter is the director of licensing. And over 1,000 people applied to work at the three dispensaries, COO Amonica Davis said. Kirkpatrick’s work is bigger than just cannabis. She wants other Black people to see her journey and know they, too, can achieve their goals.

But I don't want you to think that Kirkpatrick has had it easy after opening. The racial BS didn't stop with the Pharmacy Board. Keep in mind, this is still Ohio that we are talking about. Just two weeks after opening, vandals struck by spray-painting the words “sell-out” and the N-word on the outside of her Columbus location. “I was shocked at how fast it happened and how intense it was,” she stated. “I’m scared and terrified for my life at times with the calls that I receive from different people. But that’s not going to stop me. It’s not gonna stop me.”