Deandra Coleman has a very interesting life story. All of her life she has never known exactly where she fit in. She even described her childhood as a “perpetual state of dichotomy.” She grew up in Roslyn, New York, on Long Island’s wealthy north shore. Despite living in the wealthier area, her family wasn't wealthy. Her family was smack in the middle of the two worlds. One direction was the wealthy white families and their large homes, high-end cars and vacation homes in the Hamptons. But the other direction was the contained seven-block radius of Black families who lived in the projects. At least that's what they called them. And this was just on the other side of the fence from where she lived.

Deandra was stuck in the middle. So of course she had the feeling of “not rich or white enough for most of my classmates, and never down or Black enough for the small Black community” that many of us have experienced at one point or another. Even inside of her own family she felt a bit of duality. Her parents had four children, 2 boys and 2 girls. And Deandra was the third born. So once again, just stuck in the middle.

Despite the constant feeling of not knowing where she belonged, she is grateful for the hard work her parents put forth. In order to raise her in that area her father worked long hours at a railroad. And her mother was a stay-at-home mom, but was very strict on watching the company that her children kept. Growing up in Roslyn gave her an unmatched education. Her high school was academically competitive, one of the top 10 public high schools in the country when she graduated. It was one of those schools where if you weren’t in AP, you were a slacker. If you didn’t apply for an early decision to Ivy League schools, what were you doing with your life? In fact, many members of her graduating class attended top-tier schools, were world-class doctors, lawyers and entrepreneurs. One was even a founding member of Facebook.

But despite her top tier education and quality of classmates, Deandra still endured some hard facts of life. Especially as a Black woman. Her continued struggle with feeling in the middle progressed with her throughout life. Always feeling one step above the rest but still feeling in some way largely insignificant. In a world that isn't set up for Black women to win, this mental gymnastics she was putting herself through became more intense. And once she joined the ranks of corporate America, it became unbearable.

Because of her upbringing and education, she has always been able to excel in many places. Many of which where others who look like her don't even have access. She came across as not threatening on the outside to white corporate America. But once she got into those positions, the same people who weren’t threatened during the hiring process are the ones who start to become indecisive in how much control they were willing to relinquish to her.

“In my executive level and C-suite positions, I have experienced white woman fragility, where once I show too much potential, white women no longer want to listen to me, afraid I will outshine them and do their job better than they can. I’ve experienced white male entitlement from men who throw the Black woman a bone but still believe deep down they know best, so my ideas are dismissed. I’ve also encountered Black woman jealousy — it is very real, where one Black woman will not let another shine because she is afraid it will shine a light on her ineptitude.”

And this is where Deandra made a powerful decision. That it was time to divorce white corporate America. She no longer had a desire to work for other people. Instead, she now creates a safe place for women who look like her to be able to excel in whatever career paths they so choose to pursue. 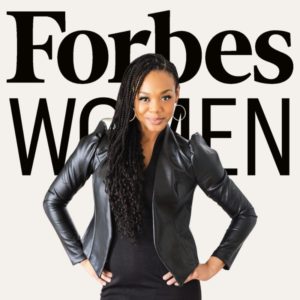 Deandra founded 6Zeros Brand Studio in an effort for women of color “to command their worth and walk in their deserved glory.” She has gone from near homelessness to running a premium brand consultancy. She has mastered the power of brand elevation. And she's disrupting the careers of America's top leading executive women with her program, The Double Comma Woman Experience. It's a very connected way to advance executive personal brands into thought leadership. It is truly the only network of its kind. In walking away from her former c-suite executive career, she is now moving women Beyond the C-Suite through branding, motivation and marketing.

Women wondering what's beyond the c-suite will chart a complementary career path to brand elevation, authorship, industry leadership, and community impact—all with a touch of luxury and femininity. According to Deandra, “Your senior-level executive position is not the pinnacle. It's only the beginning!”

By invitation-only, The Double Comma Woman Experience vets the most prominent, ambitious, and next-level changemakers into a cohort of 50 executives. They seek women who want to be on the precipice of innovation, inclusion, and impact, especially women of color. “This is the year of the Black woman. It's time we tell our stories the way we need them heard. If we don't, someone else will. That can no longer happen,” says Deandra. 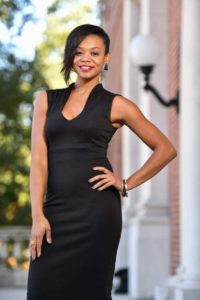 Beyond The C-Suite is a full-service brand strategy and development agency helping executive women build reputable personal brands and executive lifestyles with ease and expertise that translates into in-demand professional success. They are on a mission to propel each woman they encounter to a higher level of success. This includes business, career, and multi-million dollar success. They create impact, influence, and a lasting brand legacy built on values, intelligence, and hard work, not just a pretty face.

This fully immersive, year-long experience assembles women on the front lines of corporate innovation. The days of stiff and rigid business administration are gone. For many Black women, shattering glass ceilings are merely the start. They are now using their influence, feminine values, and resolution to take an active role in the future of executive leadership. In addition to receiving the proprietary 6Zeroes Brand Elevation Curator, this executive sisterhood will participate in two all-inclusive luxury destination immersion experiences. Members will escape the hustle and join their cohort sisters for work, luxe, and play.

Women who reach the c-suite typically waver between a choice to force satisfaction in their careers and a natural impulse to do more and want more. This opportunity permits powerful women to rise higher and elevate into next-level career advancement. “And privacy is of the utmost importance. The program requires each member to sign a Non-Disclosure Agreement to protect the program and its members. Deandra says, “Each member must feel safe to share her vision, ideas, and challenges without fear of external damage.”

Deandra’s broader mission is to close the racial, gender, and wealth gaps that pervade the c-suite roster. She also hopes to empower women to take charge of their brand. It is time for them to shape their narratives and avoid leaving it all to chance.