Candace Holyfield is the definition of never stop hustling. The “Six Figure Spa Chick” started out as a massage therapist right out of high school. But the road wasn't as straight forward as you might think. The first time she took her massage license exam, she failed. By only five points. “I just thought I was so smart,” she says. “Like, I graduated with honors from high school and didn't study, so I was like, ‘I know this.’ And then I failed! I was crushed. So I had to go back to being a waitress. I reset the date for the test and studied for three months straight. Like when I went to sleep, I was dreaming about this test.”

Sure enough she passed her exam with ease on the second try. Holyfield went on to secure a job at Massage Envy. She also began helping out a friend who owned her own massage spa. Pretty quickly, she noticed that her friend was making a lot more than the $15 an hour she made at Massage Envy, and she wanted to know her secret.

The secret? Groupon. So Holyfield gave it a try.

So how did Holyfield get the nickname, “Six Figure Spa Chick”? You guessed it… she made six figures selling services on Groupon. And now she's also teaching other Black spa owners how to do so. But let's not get ahead of ourselves. Before she started her consulting firm, she opened her own spa. She was able to differentiate herself from the competition by offering services for children. Parents could come in for massages while their little one got mini facials or pedicures.

Meanwhile, on Groupon, Holyfield was getting more business than she could handle. She brought over some of her Massage Envy coworkers and taught them what she had learned. Before long she had massage therapists from all over town approaching her for advice. So she began charging $25 a consultation and wrote an ebook to share her strategies. She got a bigger spa space, where new massage therapists could pay her booth rent to reserve a bed for their clients. 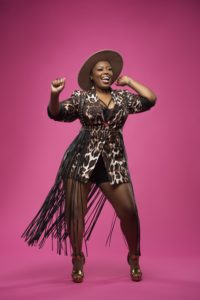 “To this day, African Americans are not dominating the spa industry whatsoever. But since I started, Black people are making six figures from spa, and that wasn't happening before.”

Holyfield has served 15,000 clients over the past decade. The 39-year-old business woman also created the Queen Spa Expo, the only expo for Black spa professionals, and the first Black Spa Awards, which have been held annually in Atlanta since 2016. There’s really no way to put a price on the value of the community spaces that Holyfield is creating for Black spa owners. And it is very important to empower the group by acknowledging their financial achievements. As part of the Black Spa Awards, Holyfield created the “Spa Hall of Fame”. This was done in an effort to give spa owners their due when they hit certain revenue goals.

Holyfield even made over $300,000 using Groupon. Holyfield explained that while getting clients through the door is one step to the successful use of Groupon, expanding business offerings is the next. She is an author of over 30 eBooks written specifically for spa professionals in order to grow their entrepreneurship knowledge and revenues. She offers these and so much more on her website. Additionally, Holyfield’s website notes that she is an Airbnb Superhost and is involved in a 18-wheeler transportation company. Like I said earlier, never stop hustling. But then again, everything does come to an end.

On her Instagram page earlier this March Holyfield opened up about an even bigger milestone. She posted about another huge milestone in her life that she referred to as her “freedom day.” In a lengthy post, she was able to give a year by year synapse of how she made it to retirement. She has built such a wealth growing empire, that now she's able to live off of the residuals. The message also informed that she would be taking some time for herself and her family, since she  worked hard her whole life, but never experienced true freedom.