I have to admit, I thoroughly enjoyed researching this story. I've always heard stories about the slave that actually taught Jack Daniel about whiskey, but I never thought to learn more. And yes, I am referring to THAT Jack Daniel. The man in question was Nearest Green, a Tennessee slave. Green’s existence had long been an open secret, but in 2016 Brown-Forman, the company that owns the Jack Daniel Distillery in Tennessee, made international headlines with its decision to finally embrace Green’s legacy and significantly change its tours to emphasize his role.

Fawn Weaver was on vacation in Singapore the summer of 2015 when she first read about Nearest Green. Green is the Black man who taught Jack Daniel how to make whiskey. “It was jarring that arguably one of the most well-known brands in the world was created, in part, by a slave,” said Weaver, a Black female real estate investor and author. Intrigued by the story, Weaver wanted to see the story for herself. So she hopped a flight from her home in Los Angeles to Nashville in order to tour the distillery first hand. But once she got to Lynchburg, she found no trace of Nearest. “I went on three tours of the distillery, and nothing, not a mention of him,” she said. 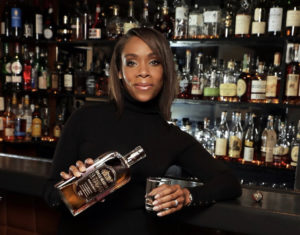 Rather than leave, Weaver dug in. She was determined to uncover more about Green. In addition, she wanted persuade Brown-Forman to follow through on its promise to recognize his role in creating America’s most famous whiskey. She rented a house in downtown Lynchburg, and began contacting Green’s descendants. And dozens of them still live in the area.

Scouring archives in Tennessee, Georgia and D.C., she created a timeline of Green’s relationship with Daniel. This showed how Nearest had not only taught the whiskey baron how to distill, but in doing so became the first Black master distiller in America. By her count, she has collected 10,000 documents and artifacts related to the relationship between the two men. In addition to learning more about the pair, she has agreed to donate her findings to the new National Museum of African American History and Culture in Washington.

Through that research, she also located the farm where the two men began distilling. And bought it!! Along with a four-acre parcel in the center of town that she intends to turn into a memorial park. She even discovered that Green’s real name was Nathan. Nearest was actually a nickname.

Being dissatisfied with Brown-Forman's broken promises to honor Nearest, Weaver began to make moves on her own. Being an author, she decided to do what she does best… write. In 2017, she began writing a book about Green. But she didn't stop there. In the same year, she introduced Uncle Nearest 1856, a whiskey produced on contract by another Tennessee distillery. She also vowed to apply the bulk of any profits toward her expanding list of Green-related projects.

So fast forward to today. Uncle Nearest Premium Whiskey brand is the fastest-growing American whiskey brand in U.S. history. And is also the most-awarded Bourbon of 2019 and 2020 worldwide. On June 1 of this year, the company announced the formation of the Uncle Nearest Venture Fund. The $50 million fund was created specifically to invest in rapidly growing, minority-founded and owned spirit brands. Weaver also announced that it was certainly by design that the timing of the announcement coincides with the 100th anniversary of the massacre of Black Wall Street.

“On June 1, 1921, an entire community of wealthy and successful African Americans was wiped out in a matter of hours. We are talking about 35 square blocks known as Black Wall Street,” said Weaver. “As an African American, learning about that history broke my heart because we, as a people, were really onto something in Tulsa, Oklahoma. We were lifting one another up and creating wealth within our own community, and then showing others how to do it for themselves. We cannot go back and undo the past, but I do believe we have full power over our future, and that recreating a Black Wall Street of sorts within the spirits industry is a great place to start.”

And Weaver is holding true to that promise with this fund. The fund has already chosen its first two investments. And each company will receive initial funding of $2 million. The first is London-based Equiano, the world's first Afro-Caribbean rum founded by Ian Burrell and Aaisha Dadral. With the second being Jack From Brooklyn, Inc., the first-known Black-owned distillery in America post Prohibition. Jack From Brooklyn, Inc. is also the maker of Sorel Liqueur. Founded by Jackie Summers in 2012,the liqueur immediately gained popularity. However, Summers was not able to obtain the funding required to grow a successful spirit brand. Through the investment from the Uncle Nearest Venture Fund, Sorel Liqueur will return to market this summer. It will be an exclusive offering via ReserveBar.com and their Spirited Change Initiative.

“America consists of approximately 40% people of color, but they own an incredibly small percentage of spirit brands,” said Lindsay Held, CEO and co-founder of ReserveBar, the established leader in premium spirits e-commerce. “We have to work collectively to change that so that we can unlock opportunity for all. We are committed to working with every minority-owned brand in the Uncle Nearest Venture Fund.”

Since the founding of Uncle Nearest Whiskey, Brown-Forman finally officially recognized Green as its first master distiller. It was nearly a year after the company vowed to start sharing Green’s legacy. In fact, Daniel is now listed as its second master distiller. Even as Black innovators in Southern cooking and agriculture are beginning to get their due, the tale of American whiskey is still told as a whites-only affair. Still focusing mostly on Scots-Irish settlers who brought Old World distilling knowledge to the frontier states of Tennessee and Kentucky. The story of good ol' Uncle Nearest changes all that by showing how enslaved people likely provided the brains as well as the brawn.

In fact, it is highly likely that there were many other men like Green. References to slaves skilled in distilling and whiskey making pop up in slave sales and runaway-slave ads all throughout the early 19th century. But only one that we know of helped found a whiskey brand that today generates about $3 billion a year in revenue. Three billion. With a ‘B'.

What was meant to be a quick trip to Lynchburg turned into a monthlong residency. Weaver discovered an unwritten history, hidden in forgotten archives, vacant land and the collective memory of the town’s Black residents. Through dozens of conversations with the locals. Some worked or still work for Jack Daniel’s and told her about learning Green’s story from their parents and grandparents. The locals held to Nearest's story as fact even as the company kept silent.

Uncle Nearest Premium Whiskey continues to honor the world's first-known Black master distiller, Nearest Green. Uncle Nearest is currently available in all 50 states and 12 countries, and is sold in more than 25,000 stores, bars, hotels, and restaurants, and at its 270-acre distillery in Shelbyville, Tennessee. The location is famously dubbed as “Malt Disney World.”

And if you are someone that you know could benefit from the Uncle Nearest Venture Fund, please be sure to visit the website here in order to get more information and even apply for consideration to receive funding as well.