Why is it important to #BankBlack?

Black owned banks in the U.S. were once a financial haven for Blacks. During a time when discrimination in the industry was common. Especially during the Reconstruction Era, when newly freed slaves had nowhere to go but these banks. Keeping Blacks from banking kept them from services that were essential to the growth of the Black community.

In more recent history, Civil Rights leaders sparked another highlight of Black owned banks. In Martin Luther King's last speech, he told the audience to take their money out of the downtown banks and move them to TriState which is the Black bank in Memphis. They understood the importance of moving our money to the Black owned banks. These banks were created out of the Civil Rights Movement when the majority of the banks were not accepting us as customers. Since then, integration has happened and people may think now we don't “need Black banks,” but it's actually the opposite.

In recent years, Black owned banks have struggled financially. They took a bigger hit from the housing crisis than the banking industry at large. They served suffered above average job losses and home foreclosure rates. In 2007, prior to the recession, there were 41 banks with majority African-American ownership. There were 44 in 1986. In 2017 that number fell to just 23 institutions.

So why is it important that we support Black owned banks?

The Black community as a whole are underserved by financial institutions. More than 53% are either unbanked or underbanked. This means they are forced to supplement their bank account with costly alternatives such as check cashers and payday lenders. Average interest rates on personal loans from a bank range from 4% to 28%. Whereas the average interest rate on a payday style loan generally starts at about 300% and goes even higher from there. The percentage of Blacks that are unbends nearly double the general population.

Black owned banks have an important part to play in our communities. For example, 67% of their mortgage loans go to Blacks, according to 2013 remarks by Martin Gruenberg, former chair of the FDIC. Among banks that aren’t Black owned, fewer than 1% of mortgages go to Blacks. And residents of neighborhoods the banks serve are likely to have low to moderate incomes. Saunders calls the approach “compassionate lending.” “We’re going to be with [our customers] through the good times and the bad times,” she says.

In addition to mortgage and business loans, generally Black owned banks offer you better perks on your savings accounts. Here is an example of what I mean. If you open a savings account at Bank of America, you need a minimum of $100 to start and will be charged monthly fees on any amount under $500. So basically, immediately after opening your account you are losing money. In addition, you Annual Percentage Yield (APY) will be .01%. Now let's look at OneUnited bank. In order to open an account, you only need $50. Like Bank of America you will be charged fees on any balance under $500, but you can bypass this fee if you set up direct deposit to the account. And the APY on this savings account, .1%. That is 10 times the rate of Bank of America.

Black owned banks, offer the community much needed bank services. These include mortgages, second-chance checking for customers who have been denied an account in the past, secured credit cards for those working on rebuilding damaged credit, and education for first-time home buyers.

As community banks, Black owned institutions have strong relationships with the neighborhoods where their customers live. Part of OneUnited’s mission is to make customers feel welcome, rather than intimidated. 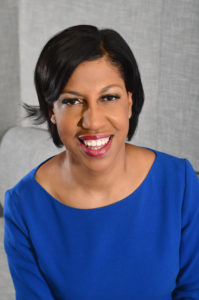 “The cities we serve are Black and brown,” says Teri Williams, OneUnited's bank president.  “And on the income side, many are people who are struggling. We have people in their 50's and 60's who tell us they’ve never set foot in a bank. They didn’t feel welcome. In addition, they didn’t feel banking was for them.”

“They experienced when banks were redlining and not welcoming to them, because it happened during their lifetime.” She was referring to the practice by financial institutions of mapping out neighborhoods in which they would not offer services like mortgages. The Community Reinvestment Act of 1977 outlawed redlining but scars from that period still exist. Traditional banks “have a way of creating these huge physical locations that can be intimidating to someone who doesn’t have a lot of resources. Is this place going to welcome my $100 paycheck or $50 savings account?” Williams says.

By providing financial services, credit and a warm welcome, Grant says Black owned banks help stabilize the communities they serve. “When people get a piece of the rock, guess what happens,” he says. “Crime rates in that community come down.”

Where can I find Black owned banks?

See a map of all Black owned banks in the US